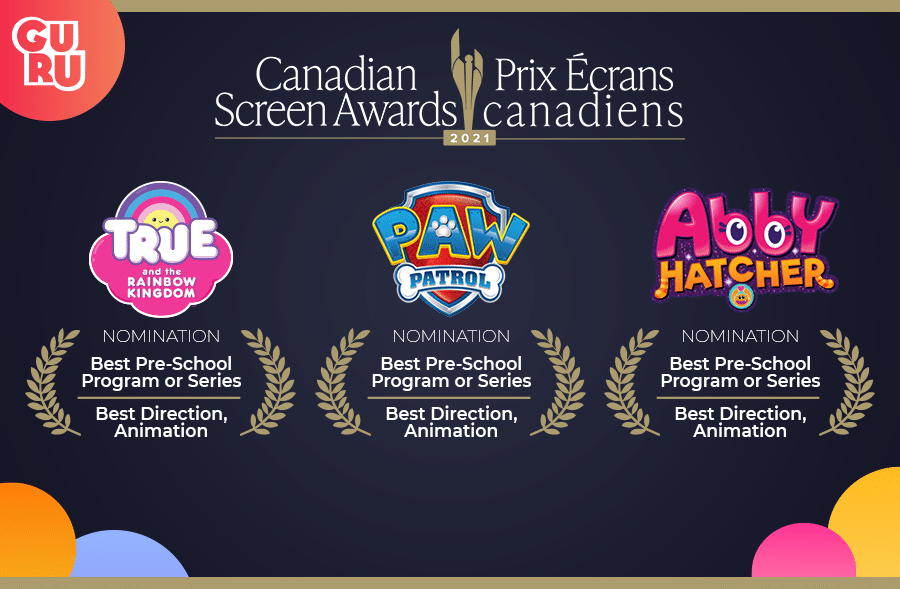 We are thrilled to announce today that True and the Rainbow Kingdom, PAW Patrol and Abby Hatcher were all nominated for Best Pre-School Series and Best Direction, Animation at the Canadian Screen Awards. Across both categories, three of the five shows nominated are made right here at Guru!

A huge congratulations to Mark Thornton and Todd Kauffman (TRUE: Friendship Day), Ted Bastien (Dino Rescue: Pups and the Lost Dino Eggs) and Kyran Kelly (Fuzzly Beach Day) for their Director nominations and to all the talented artists at Guru who help bring these shows to life.

The Canadian Screen Awards nominations were announced today in 141 film, television, and digital media categories by the Academy of Canadian Cinema & Television (the Canadian Academy).

See all the nominees here.