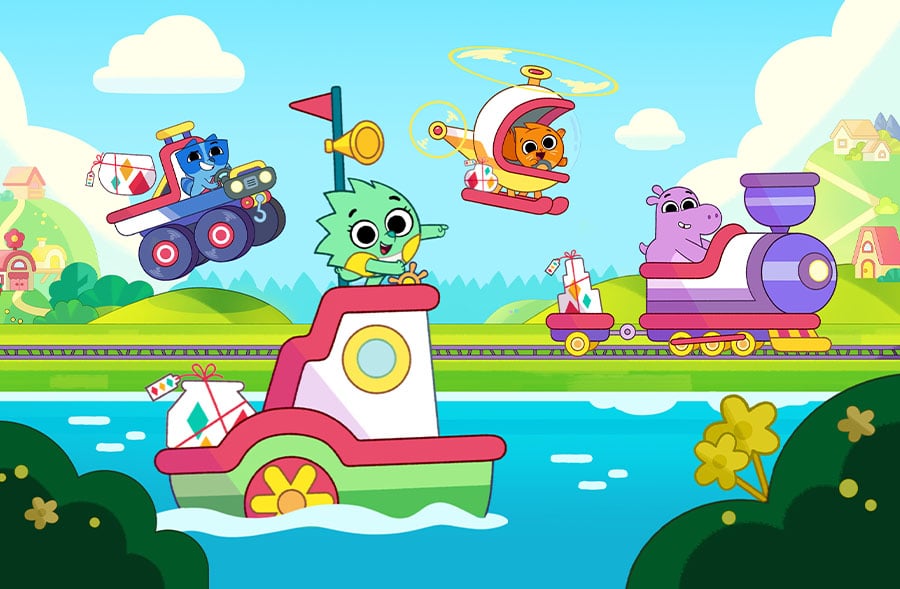 Toronto, CA (October 14, 2021) – We are pleased to announce today the appointment of Reesee Entertainment as the licensing and media agency for our newest preschool series Pikwik Pack in China.

Reesee will represent the preschool series across all Licensing and Merchandising categories including toys, apparel, publishing, accessories, and games, as well as broadcast television, digital media, and other media. Currently the series has been picked up by top streaming platforms in China, including Tencent, Youku, together with agreements with national OTT providers such as Xiaomi, Haixin, Kukai, and TCL and national IPTVs covering over 60 platforms in over 30 provinces in China. The series is expected to premiere in November 2021 with strong licensing programs and toy distribution to follow.

"Preschoolers around the world are falling in love with Pikwik Pack”, said Jonathan Abraham, VP of Sales and Business Development at Guru Studio. “We’ve known Ray and Cici for a long time and with their incredible team at Reesee, we believe they have the proven experience to lead Pikwik Pack’s expansion into China.”

“We’re excited to introduce this wonderful IP to kids in China,” said Cici Zheng, VP of Business Development, Media and Licensing at Reesee. “The positive reaction from local media platforms has shown the high potential for Pikwik Pack in China. With its unique storytelling and super cute characters, we’re looking forward to building a strong Chinese fan base and impressive consumer products program for Pikwik Pack.”

Pikwik Pack debuted on Disney Junior U.S. and is now currently airing on Treehouse Canada, Tiny Pop in the UK and is streaming on Disney+ in Australia and New Zealand. The series is rolling out later this year on more linear broadcasters including Super RTL in Germany, Rai Yoyo in Italy, YLE in Finland, Canal Panda in Portugal and Spain, HOP in Israel, Minimini+ in Poland, Channel 5 in Singapore, and Disney Channel in Korea and India. A range of toys are being manufactured by master toy partner Playmates Toys, and books inspired by the series are being developed by Scholastic.