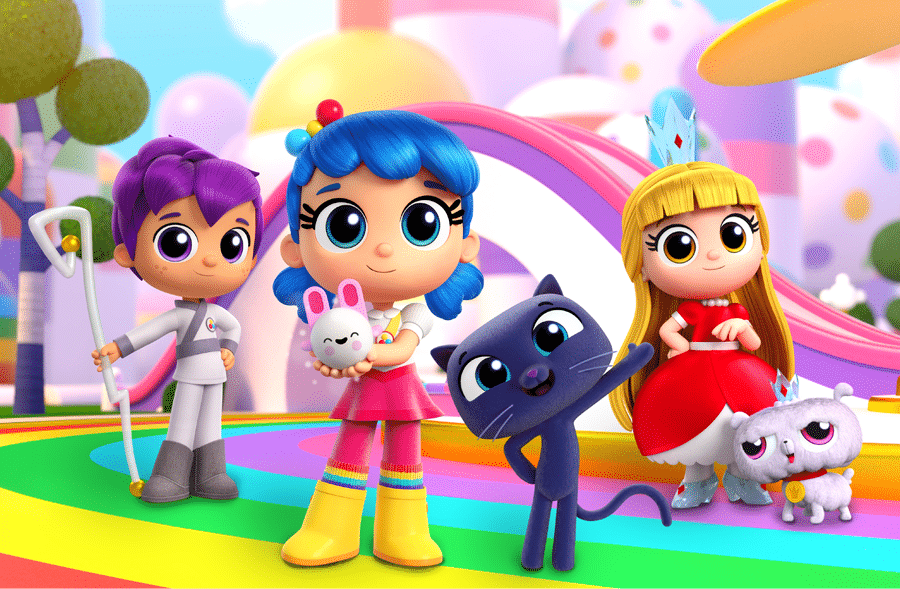 Toronto, CA (November 9, 2021) – We are delighted to announce the appointment of Haven Licensing as our licensing agent in Australia for our hit series True and the Rainbow Kingdom and newest preschool series Pikwik Pack.

Haven will lead the licensing program for both brands in Australia across all consumer products and L&M including toys and games, apparel, publishing, housewares, accessories, food and drink, and live events.Having previously acquired the first three seasons of True and the Rainbow Kingdom, 9Go! has quickly added Season 4 which is now airing weekdays at 9:30am and weekends at 8:00am. Pikwik Pack is currently streaming on Disney+ in Australia/New Zealand.

True and the Rainbow Kingdom is kicking off its consumer products roll out in Australia with a full line of toys from United Smile and distributor Big Balloon set to launch this month at Target. Haven has also signed Caprice for apparel, with nightwear and daywear hitting retail later this year.

“We’ve seen incredible demand for True and the Rainbow Kingdom and Pikwik Pack products,” said Jonathan Abraham, VP of Sales and Business Development at Guru Studio. “We’re looking forward to working with the very accomplished team at Haven to continue building these brands in Australia.”

“We are thrilled to be working with the incredibly creative team at Guru Studio, and to be partnered with Channel 9 bringing this wonderful show to Australian families.” said Tom Punch, Managing Director at Haven Global.

True and the Rainbow Kingdom has become a top-rated program around the world on channels such as CBC Kids in Canada, Tiny Pop in the UK, Gloob in Brazil, and RTVE Clan in Spain. The show has reached almost a billion views on YouTube and the brand’s GIPHY page now boasts over 4.2 billion shares. The series was also recently nominated for a 2020 Daytime Emmy Award for Outstanding Directing for a Preschool Animated Program.

Pikwik Pack debuted on Disney Junior U.S. and Treehouse Canada late last year, with new episodes continuing to air throughout 2021. The series has begun rolling out worldwide on Tiny Pop in the UK, Super RTL in Germany, Canal Panda in Portugal, HOP in Israel and Minimini+ in Poland.