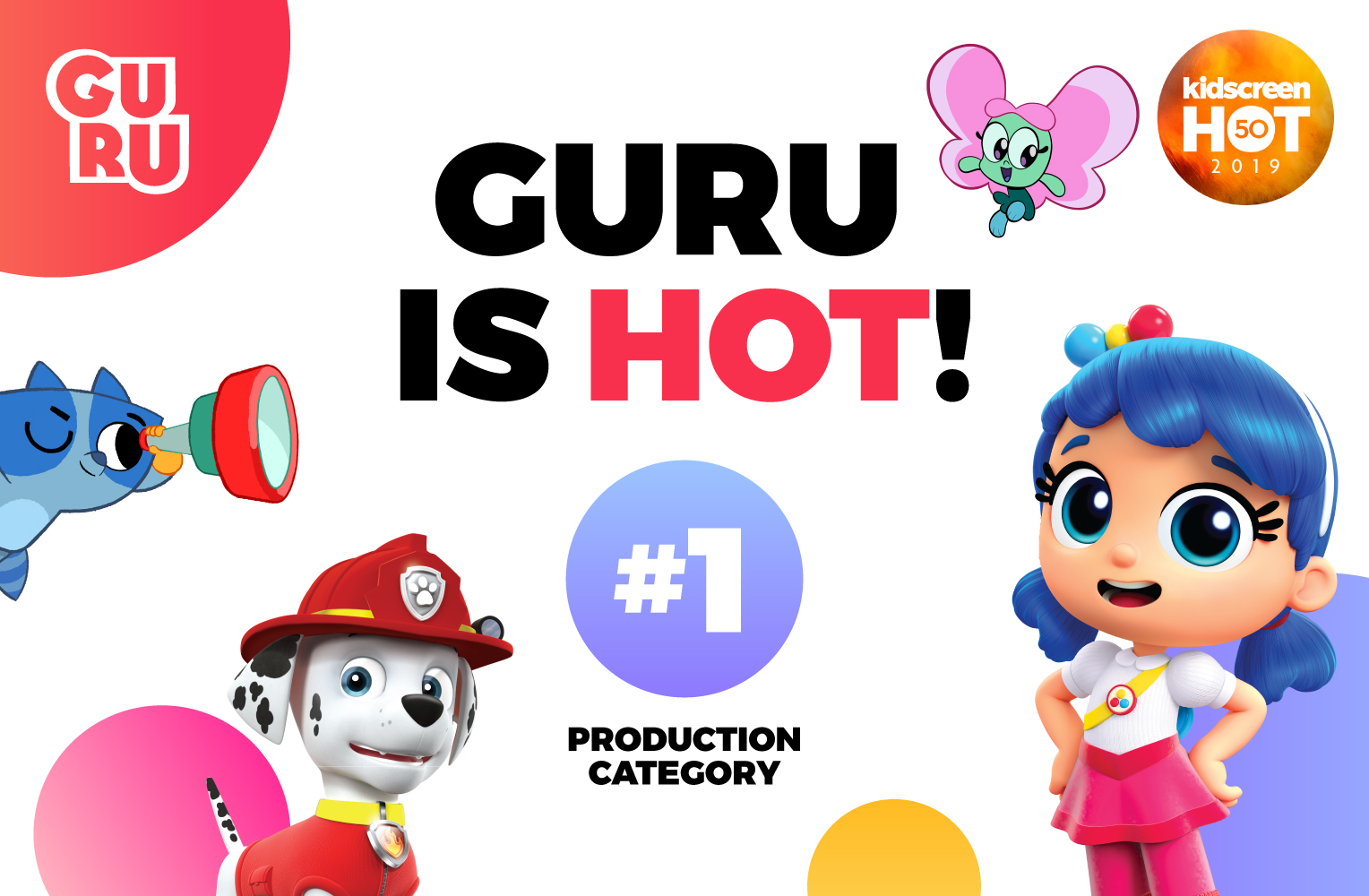 We're pleased to share the news that we've been voted #1 in the Kidscreen Hot50 in the Production Category.

The Hot50 were announced this morning by Kidscreen, which every year ranks the top children's entertainment companies from around the world.

After placing in the top three for the past two years in a row, this is Guru's first time reaching the #1 spot. Another milestone for the studio - this is the studio's first time being voted into the top ten in the Licensing and Distribution categories.

“We’re thrilled the industry recognizes us. We’re working on some of the best projects we’ve ever worked on,” said Guru’s President and Executive Creative Director, Frank Falcone. “We’ll be celebrating our 20th anniversary next year, so it’s great to be at peak growth production-wise after many years of steady growth."

Read more about Guru's achievements this past year here.