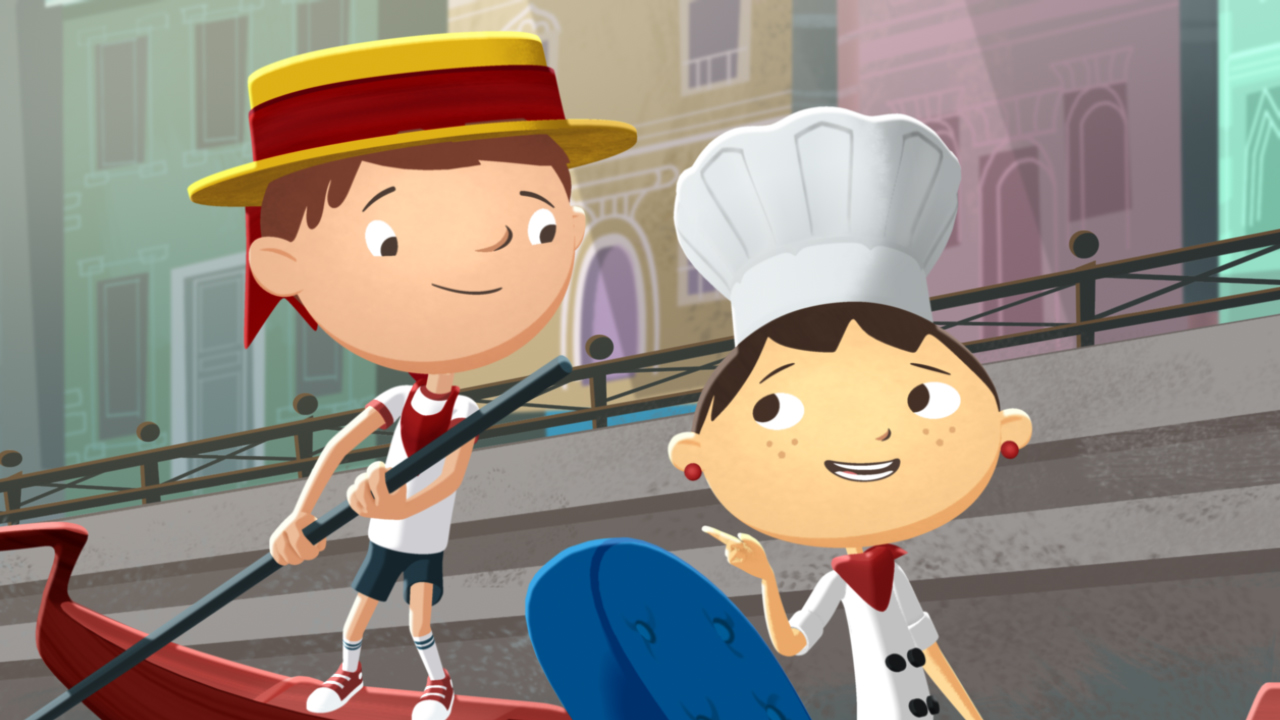 Toronto, Canada and Cannes, France (April 8, 2014) Guru Studio is delighted to announce a new broadcast partnership with Cartoonito in Italy, and an extension of its subscription video on-demand agreement with Netflix in Latin America, for its global preschool hit JUSTIN TIME (52 x 11).

Cartoonito has acquired free TV rights for both Seasons 1 and 2 of JUSTIN TIME, which launched in its April schedule airing thrice daily in prime slots (7:20, 14:30, 18:10 on weekdays and 8:10, 13:20, 18:20 on weekends). Cartoonito is Turner Broadcast System’s flagship childrens channel in Italy and a leading kids content provider in the market.
Cecilia Padula, Content Director Turner Broadcasting System Italy & Boing SPA, comments: “We’re delighted to have JUSTIN TIME on our channel, Cartoonito. The show naturally fits in with our high-quality range of pre-schooler shows. We recognized the appeal of this adventurous and colourful animated series that celebrates imaginative play, invention and friendship.”

Mary Bredin, Vice President Guru Studio, adds: “Having JUSTIN TIME on free TV platforms is essential for our lateral growth into licensing on an international scale. We are thrilled that Cartoonito will be part of this plan in a market as important as Italy.”

In Latin America Netflix has acquired the SVOD rights to Season 2 of JUSTIN TIME, which will be available in Spanish and Portuguese as of this summer. Netflix successfully launched Season 1 in Latin America last summer, and also hold the SVOD rights to all 52 episodes in the US and the UK.
JUSTIN TIME is currently sold in over 75 countries to top kids broadcasters such as Sprout and NBC Kids (US, where it shot to #1 in its slot soon after its launch), Disney Channel (CEEMEA), Disney Junior (Canada, Australia, New Zealand, Germany, and Italy), SRTL (Germany), Discovery (Latin America), Discovery Familia (Spanish USA), and Netflix (US, UK and Latin America), among many others. A third Season is currently in development.

JUSTIN TIME is a character-driven animated series for three to six year olds that follows the adventures of Justin and his best friends Olive and Squidgy, as they set off on fantastical adventures in time, told from every corner of the world! Through the colourful lens of history, this series features inspiring stories that show friendship, adventure and fun are timeless!