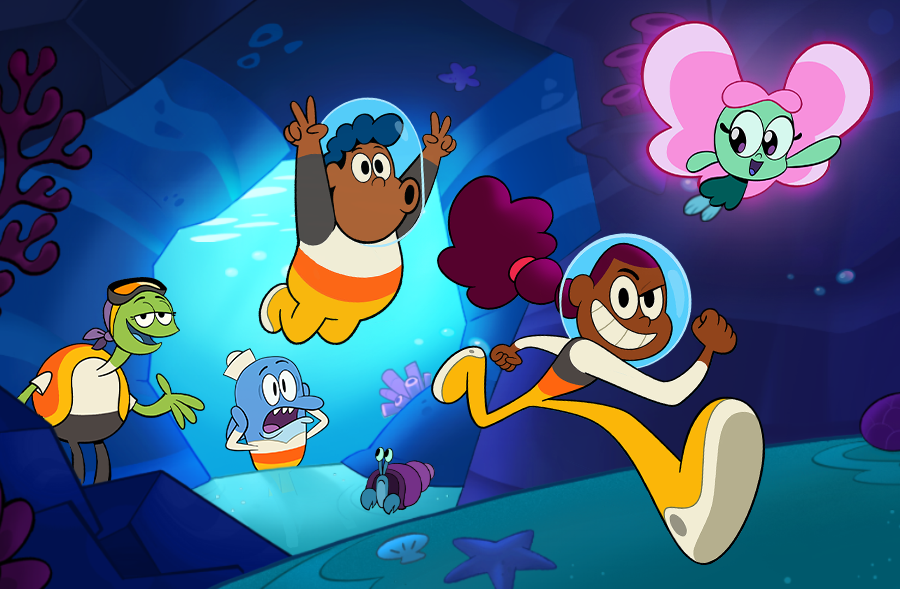 Toronto, CA (October 5, 2021) – We are pleased to announce today a new broadcast deal with Nickelodeon UK for our newest series, Big Blue.

The 52 x 11 min underwater adventure comedy was commissioned by CBC Kids and Radio-Canada and is set to premiere in Canada later this year, and on Nicktoons in the UK in January 2022. Previously announced broadcasters already on board include ABC Me in Australia, CTC Kids in Russia, and NRK in Norway.

Big Blue follows sibling underwater adventurers Lettie and Lemo who lead a quirky submarine crew with a magical ocean fairy stowaway named Bacon Berry. Together, they just might unravel the mysterious secrets of their underwater universe!

"Nickelodeon is the perfect home for this hilarious series that the whole family can enjoy,” said Jonathan Abraham, VP of Sales and Business Development at Guru Studio. “Viewers in the UK are going to love this creator-driven series that's packed with comedy and high-stakes adventure."

Louise Bucknole, VP Kids Programming, ViacomCBS Networks UK & Ireland added: “We have no doubt Big Blue will be the perfect addition to our Nicktoons line-up as we explore their comic underwater world. We’re looking forward to introducing these fresh characters and sharing their many adventures with the viewers around the UK.”

The series is created by Ghanaian Canadian Gyimah Gariba, a multi-faceted artist whose work has gained him international attention, and who was praised by Forbes Magazine as one of 15 Young African Creatives Rebranding Africa.