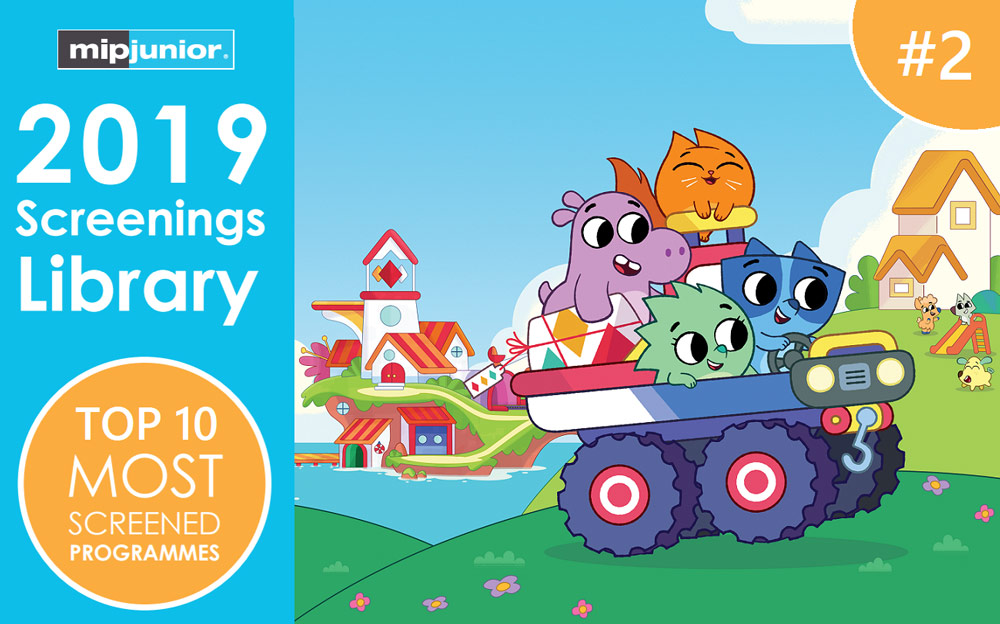 Toronto, CA (October 14, 2019) - Guru Studio is pleased to share today that its newest preschool series, Pikwik Pack, was the second most viewed program at this year’s MIPJunior.

Following its successful World Premiere Screening on Saturday, October 12th at the JW Marriott, the debut episode was made available for buyers in the MIPJunior Screening Library and topped the most watched list among over 1,000 other programs from around the world.

“We’re incredibly pleased with Pikwik Pack’s tremendous launch at MIPJunior,” said Jonathan Abraham, VP of Sales and Business Development. “This achievement is a testament to the strong interest in the show right out of the gate.”

Prior to MIPJunior, the studio announced Scholastic Publishing as its global master publishing partner, and Playmates Toys as the master toy licensee. Pikwik Pack is set to debut on Disney Junior in the US, India, Korea, Australia and New Zealand, and on Corus Entertainment’s Treehouse in Canada.

The 52x11' series follows Suki the hedgehog, Axel the raccoon, Hazel the cat, and Tibor the hippo as they deliver surprise-filled packages to the charming residents of Pikwik.

The World Premiere Screening of Pikwik Pack was held on Saturday, October 12th at the JW Marriott in the Grand Theatre in Cannes, France, followed by an intimate Q&A with President and Executive Creative Director, Frank Falcone.