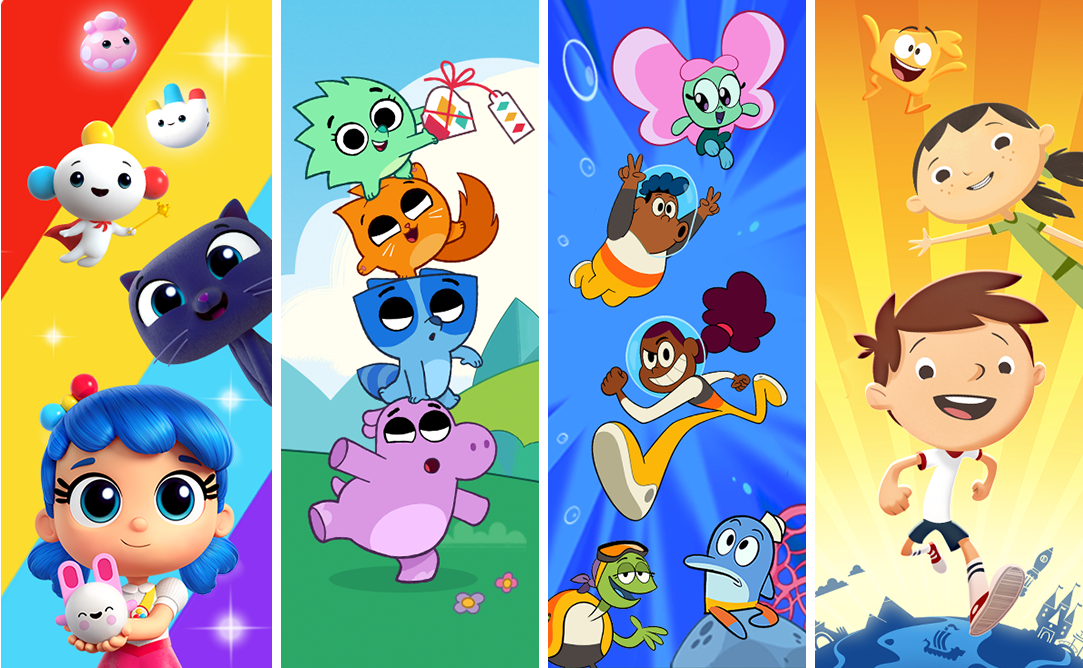 Toronto, CA (October 9, 2019) – Toronto-based children’s content producer Guru Studio is unveiling its newest preschool series, Pikwik Pack, for the first time at a sneak peek screening at MIPJunior. The World Premiere event will be held on Saturday, October 12th at 6pm at the JW Marriott in the Grand Theatre in Cannes, France.

The studio also recently announced Scholastic Publishing has boarded the series as its global master publishing partner, following its appointment of Playmates Toys as the master toy licensee. Pikwik Pack is set to debut on Disney Junior in the US, India, Korea, Australia and New Zealand, and on Corus Entertainment’s Treehouse in Canada.

“Preschoolers are going to fall in love with the charming characters and stories packed with huge laughs, inspiring adventures and big beating hearts, “ said Jonathan Abraham, VP of Sales and Business Development at Guru Studio. “This year we have an incredibly strong line up of shows in production and in development that we can’t wait to introduce to buyers.”

Pikwik Pack (52x11’, ages 2-5): Every day brings a new surprise as thoughtful leader Suki the hedgehog and her team, Axel the raccoon, Hazel the cat, and Tibor the hippo help deliver surprise-filled packages to the charming residents of Pikwik.  Pikwik Pack will air on Disney US, Australia/New Zealand, Korea and India.

Big Blue (52x11’, ages 5-9): The comedy-sci-fi adventure series follows sibling underwater adventurers Lettie and Lemo who lead a quirky submarine crew with a magical ocean fairy stow away named Bacon Berry while they explore and protect the denizens of a vast ocean-covered planet. Big Blue is set to debut on CBC Kids and ICI Radio-Canada Télé in 2020.

True and the Rainbow Kingdom (30x22’, preschool, 1x44, 44min shorts and music videos):  Compassionate hero True and her best friend Bartleby the cat, unlock the power of magical wishes to rescue the whimsical citizens of the Rainbow Kingdom. True and Bartleby’s comedic adventures empower both girls and boys to be mindful, courageous and respectful of all living things. Currently a top-rated preschool show on CBC Kids in Canada and available on Netflix worldwide excluding Canada and China.

Justin Time (74x11’ episodes & 2x22 mini movies, preschool): Justin and his imaginary pals Olive and Squidgy travel in time to every corner of the world, as Justin’s imagination catapults them into larger-than-life historical adventures. The series draws on the timeless themes of fun, friendship and adventure. The two-time Emmy-nominated series now airs in more than 138 countries worldwide and continues to be a top rated show on Cartoonito and many other channels.