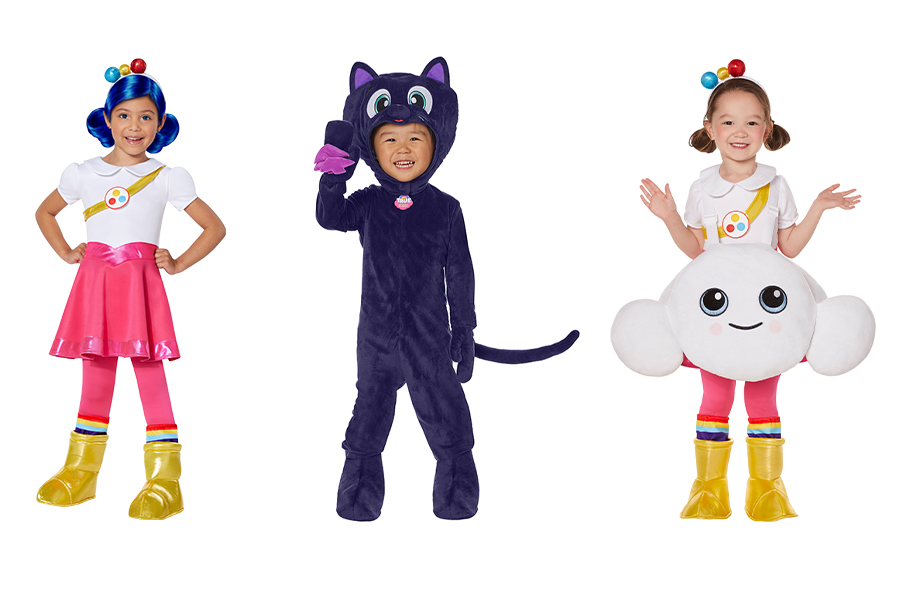 Toronto, CA (October 1, 2021) - We are gearing up for Halloween by rolling out a range of new True and the Rainbow Kingdom costumes with leading partners Spirit Halloween, Studio Halloween, and Fun.com.

The three licensees have designed and manufactured an exclusive line of costumes inspired by the hit series, featuring characters such as True, Bartleby, Zee, and a ride-along Cumulo set. The costumes are available at Spirit Halloween’s 1,425 locations across the U.S. and Canada, as well as online on Amazon, Fun.com, and HalloweenCostumes.com.

“Every Halloween we see entire families dress up as their favorite TRUE characters and our costumes have sold out three years in a row,” said Jonathan Abraham, VP of Sales and Business Development at Guru Studio. “This year we’ve expanded our offering with some amazing partners and are excited to bring more ways for families to get into the Halloween spirit.”

The announcement comes as the brand continues to expand its consumer products program, with toys set to hit shelves this Fall in select markets. Other partners already on board include Chouette (storybooks), Bendon (activity books), Aurora World (plush). Outside of North America, bRAND-WARD is handling L&M in the UK and Europe with previously announced deals that include Smiffys for character costumes.

With four seasons currently streaming on Netflix, the Emmy-nominated series is now a top performer across linear networks worldwide. On YouTube and YouTube Kids, the series has amassed a sizable audience with over half a billion views.