May 26, 2020
True and the Rainbow Kingdom Returns to Netflix With New Special, TRUE: Rainbow Rescue 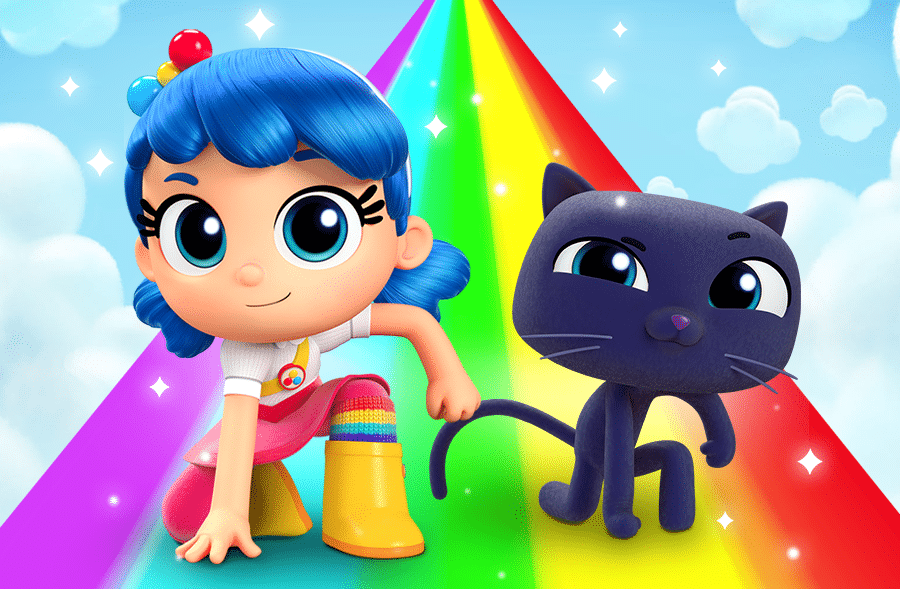 It’s TRUE! We’re pleased to share that our hit preschool series True and the Rainbow Kingdom is returning to Netflix on June 2nd with True and Bartleby’s newest magical adventure, TRUE: Rainbow Rescue.

In the 22-minute special, True and Bartleby must travel to the other side of the Neverending Rainbow to bring back Rainbow King’s friend, the brave explorer Dillydally!

The series was also recently nominated for a 2020 Daytime Emmy Award for Outstanding Directing For a Preschool Animated Program.

More True and the Rainbow Kingdom content is rolling out later this year.

Consumer products including storybooks, activity books, costumes, and plush are all available now on Amazon.

The series is produced by Guru Studio (credits: PAW Patrol, Abby Hatcher, Justin Time, The Breadwinner), based on the artwork of FriendsWithYou and is Executive Produced by world-renowned artist Pharrell Williams.