May 17, 2022
True and the Rainbow Kingdom Hits A Billion YouTube Views! 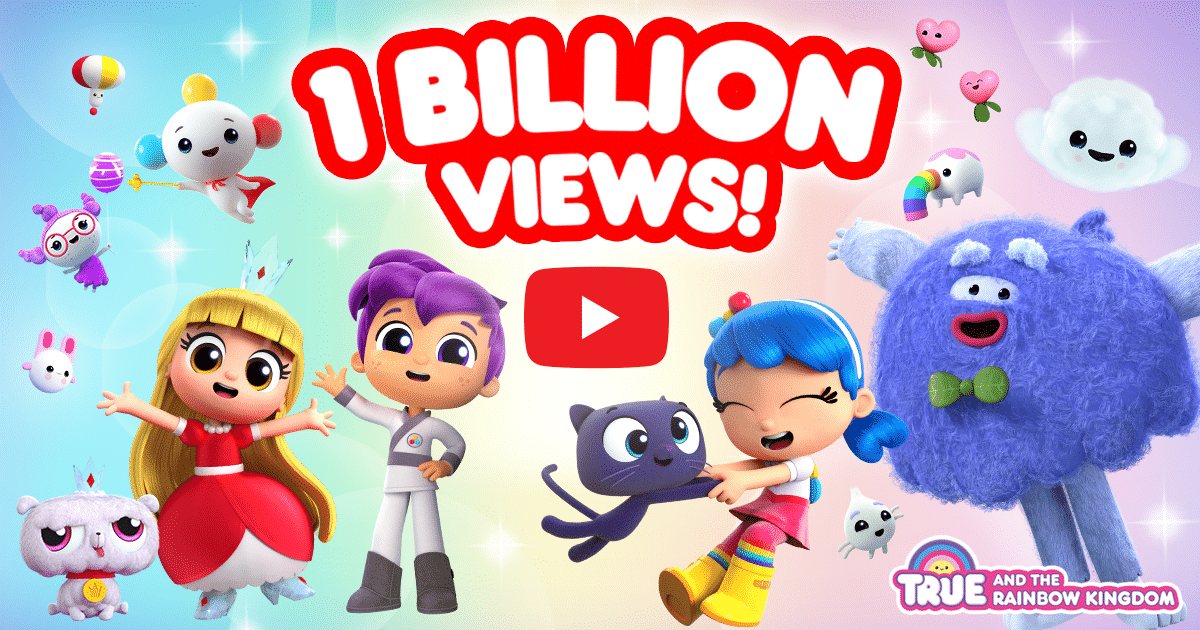 Toronto, CA (May 17, 2022) - We are pleased to announce today our hit preschool series True and the Rainbow Kingdom has crossed a billion views and over a million subscribers on YouTube!

TRUE on YouTube has surpassed the incredible milestone of 1 billion views with regular content releasing each week including clips, songs, activities, and unique multi-language content for the show’s growing worldwide audience.

True and the Rainbow Kingdom has very quickly built a massive global fanbase with four seasons currently streaming on Netflix worldwide. The show is also a top performer on major linear networks including CBC Kids in Canada, Tiny Pop in the UK, Gloob in Brazil, and Clan TV in Spain.

In the UK, licensing agency bRAND-WARD has been handling licensing and merchandising bringing on an impressive number of top licensees including Fashion UK, Aykroyds, Roy Lowe, Imagine8, and Smiffys.

True and the Rainbow Kingdom is produced by Guru Studio (credits: PAW Patrol, Pikwik Pack, Big Blue, Justin Time and most recently Mecha Builders, the Sesame Street animated spin-off now streaming on HBO Max) based on the artwork of FriendsWithYou, and is Executive Produced by world-renowned artist Pharrell Williams.In addition to its explosive growth on YouTube, TRUE’s GIPHY page now boasts over 4 billion views. The series was also nominated for a 2020 Daytime Emmy Award for Outstanding Directing for a Preschool Animated Program.